Want to know how long it took me to break up with my “perfect” boyfriend and make out with a new guy? It had taken…wait for it…twenty-three minutes!

It’s Christmas Eve and Gracetown has been buried by snow. But the weather is more than just an inconvenience. When one girl unexpectedly steps off a stranded train, she sets off a series of life-changing events.

Soon fourteen pumped-up cheerleaders will descend on the local Waffle House, the Duke’s DVD night will be rudely interrupted for a Twister mission, and a lovesick barista will determine the fate of a single teacup pig.

I do love this book and it’s my first time reading a novel written by three authors. In this book, there are three mini stories with the same characters but different protagonist and point of view, the same town, the same days around Christmas Eve and beautiful love stories that will melt your heart.

This story is about a girl named Jubilee who is forced to go for a train ride on Christmas Eve to meet her grandparents because her parents get arrested for a silly-but-not-serious case. Unfortunately, the train crashed into a snowdrift and probably won’t be leaving until tomorrow. Jubilee decides to set off the train and walk to the nearest Waffle House. It’s where she met a boy named Stuart. She follows him to his house, meeting and celebrating Christmas with the family, dumping her boyfriend and getting into a new relationship.
–
I love this mini story! I love how the author plot the love story between Jubilee and Stuart. Just when you thought you won’t be able to mend a broken heart and won’t fall in love again, you are wrong. This story gonna drive you insane. If it’s not, Jubilee won’t be able to kiss Stuart twenty-three minutes after she dumped her boyfriend! It just absolutely funny and overwhelm. There is also a beautiful family-stranger bonding time too which I love it very much. Despite how bad you think your days gonna be, there’s always gonna be a rainbow after the storm. Yep, this is a right term to describe this story. Reading The Jubilee Express somehow gives me exciting feeling as I feel like going on a little adventure over blizzard without knowing that I will change something in me.

The second story is about Tobin and his friends who went through a blizzard to get to Waffle House for the sake of cheerleaders and hash browns. The cheerleaders were actually coming from the same train with Jubilee which got stuck in the snow. Now that they created a new happy environment in the Waffle House, Tobin’s friend named Keun who worked there called them to come down and enjoy the Christmas there with the cheerleader thingy. So, Tobin, JP and a boyish girl called The Duke sacrificed their DVD nights and risking their life for some little adventure.
–
I also like this story. The storyline is written in some sarcastic and humorous sentences that absolutely make me burst into laughing which I love it very much. Unlike The Jubilee Express, the love story between two people in this story is more to keeping it alone. By that I mean, instead of being honest, they won’t tell that they like each other afraid that the other person doesn’t feel the same way. But as they go through the blizzard adventure, a very chaotic trip to the Waffle House, it seems like they can’t hold to their emotions and they started to reveal their feelings to each other. It tells me that a rough situation can make people being honest. So just in case you want someone to be honest but they refused to, just put them in some rough and wilder situation. 😛

While the third story is about a girl named Addie who had this thing with Jeb, her boyfriend. They went into a breakup and when they decided to fix everything between them two, Jeb doesn’t show up at the meeting place. Addie went crazy and couldn’t stop wondering about Jeb who can’t be reached by call and not knowing that he’s actually stuck in the train altogether with Jubilee and the cheerleaders, and managed to get into the Waffle House too. While in the midst of heartache, Addie wants to try changing herself to become a less self-centered person.
–
This is the least story that I like. As for my opinion, I don’t find that this story as interesting as the two I mentioned above. It’s kind of a bit boring which I feel like ending the book as soon as possible. The only happy part for me was when Addie finally be able to meet Jeb after a long waiting. Yeah, it’s obvious that I’m a sucker for a hopeless romantic! This story is the closing for all three mini stories which they gathered in Starbuck and bumped into each other. It’s a happy ending which gives you wow and whoa and yayyy feelings!

“Plus, you just told him you fell into a frozen creek and you were trapped in a strange town. And he hung up? I’d do something. I’d get down here, snow or no snow. Maybe that sounds stupid, but I would. And if you want my advice? If he isn’t breaking up with you, you should dump his ass.” (pg.98 | The Jubilee Express)

“The regret and humiliation hurt much more than the cold.” (pg114 | The Jubilee Express)

“Can’t you just trust our love, without asking me to prove it every single second?” (pg.232 | The Patron Saint of Pigs) 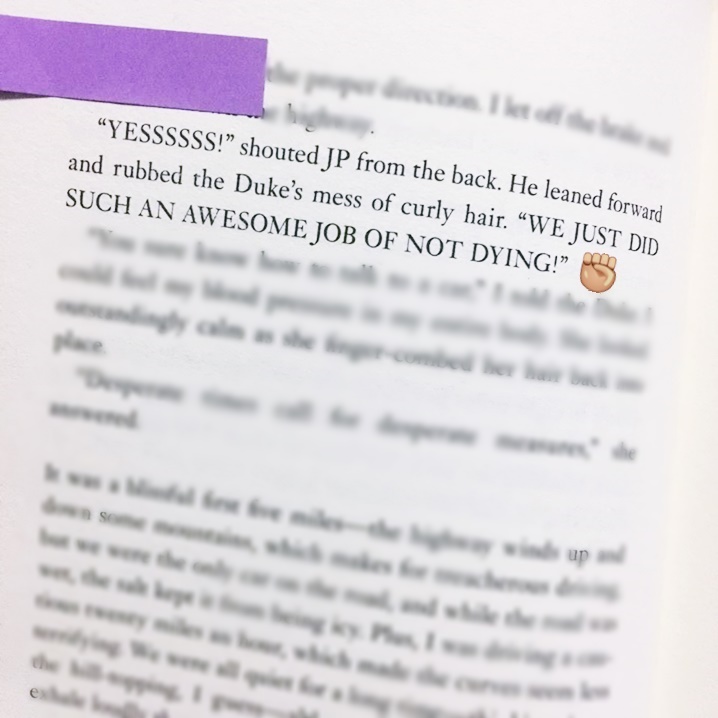 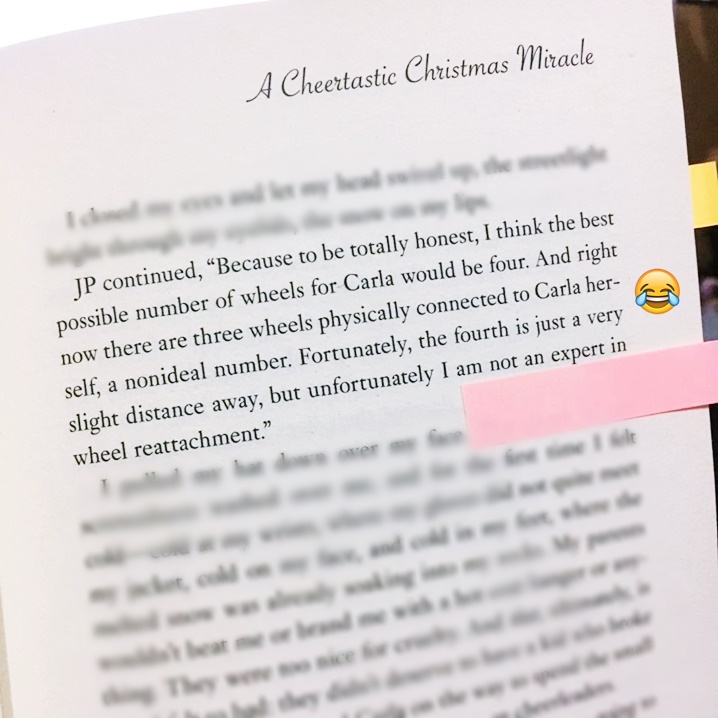 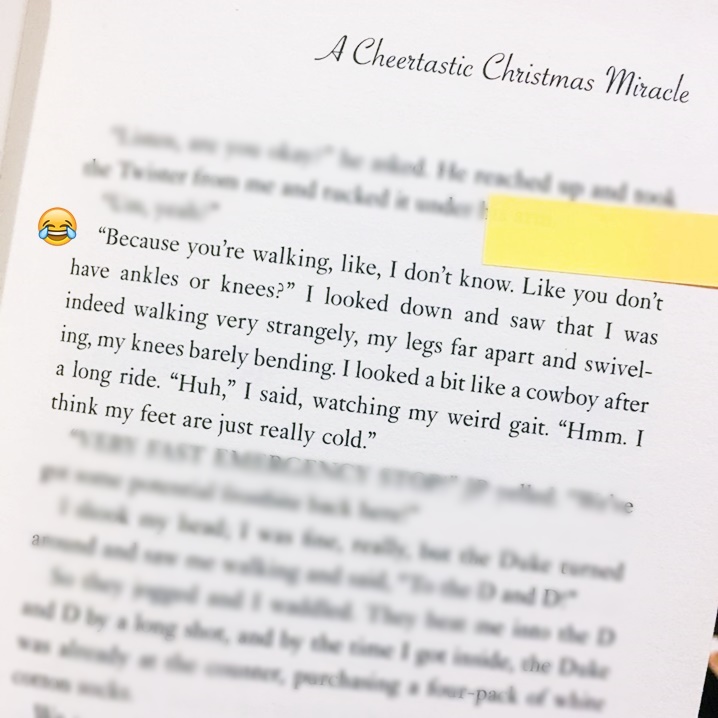 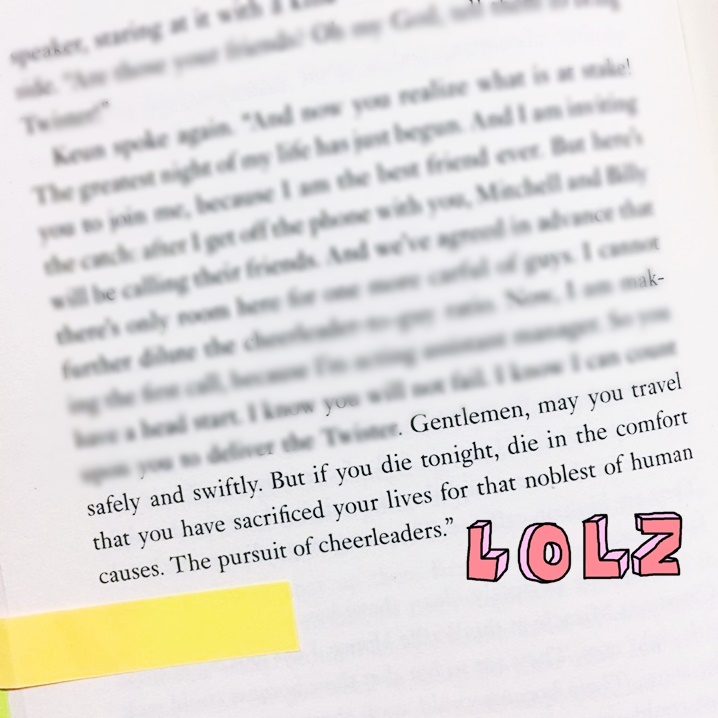 Why Is It Always About You by Sandy Hotchkiss Review